Una Vita has been exclusively dedicated to the health of women and children for over two decades. The Una Vita team comprises seasoned health system leaders and physicians all with decades of experience and expertise. Our engagements result in positive ROI through growth in market share, customer satisfaction, operational efficiency and reduces costs.

Currently, we are deeply focused on addressing the escalating problem of severe maternal morbidity and death in U.S. hospitals. The work we do with U.S. hospitals and healthcare systems results in a creation of sustainable cultures for perinatal safety that exceed all national standards.

We assure our clients that through virtual interviews and the thorough assessment and analysis of data we will create a nationally-recognized culture of perinatal excellence and a safer birthplace for women.

Una Vita’s experienced team of national experts of physicians and healthcare professionals has decades of combined experience in designing Women’s, Neonatal, and Pediatric programs of excellence for hospitals and health systems. We are distinguished from others not only by the excellence of our work in planning and change management but also by our unique interactive approach and readiness to assist in implementing the programs and changes we recommend. 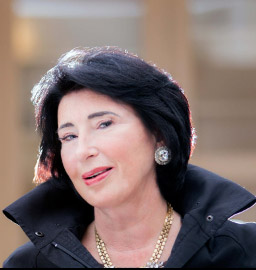 Diana is a national leader in healthcare and one of the country’s most qualified and innovative advisors. She is a leading advocate of woman’s and family centered care and is a principal author, with Celeste Phillips, of the widely referenced “Principles of Woman-Centered Care.” With her colleagues at the University of Virginia, she established one of the first full-service clinical programs designed for women aged 40 to 65. The program provides a comprehensive lineup of healthcare services, including primary healthcare, hormone replacement therapy, preventive cardiology, pain management, benign breast disease, osteoporosis, psychology, psychiatry, GYN urology, and gastroenterology, as well as education and support services. Self magazine named that program one of the “Ten Best” in the country, and Ladies Home Journal spent months with physicians and staff compiling information resulting in a “Women’s Health Report.”

In addition to Diana’s role as an international advisor, her expertise includes select healthcare leadership roles. She has provided executive leadership to large university-based maternity, women’s and pediatric programs as well as substantial community-based offerings.

A pioneer in the application of Lean methodologies to the built environment, creation of rapid prototype models, and evaluation of customer experience, she is also a prolific healthcare writer and featured conference speaker. She has published over two dozen healthcare articles, professional columns, and book chapters. As a member of the Ireland Report and the Mammography Regulation and Reimbursement Report editorial boards, her groundbreaking outlook on healthcare serves to shape industry trends. Diana holds a Master’s degree in administration of healthcare systems from Georgetown University. She has completed the Juran Institute Six Sigma and Lean training, is a state Malcolm Baldrige National Quality Award Examiner, and is an affiliate of the Center for Health Design.

Diana is highly sought after for consultation in the following areas: 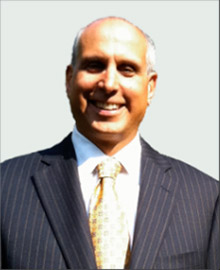 Joe Calvaruso is a management consultant specializing in strategic, operational, and cultural transformation. Joe has nearly 40 years of health system leadership and consulting experience in creating organizations that operate effectively and inspire patients, physicians, employees, and other stakeholders. As a co-founder of Una Vita, he has experience with leading systems in the area of perinatal strategic, operational, and process safety engagements.

Joe spent over 20 years at Mount Carmel Health System in Columbus, OH, where he served as CEO of the 4-hospital system for 8 years. Before being named CEO, Joe held positions of SVP Corporate Development, founder and President of the employed medical group, and President of the health plan. As CEO, Mr. Calvaruso was acknowledged for bringing Lean Six Sigma into health care which realized a $70M financial benefit over a 5-year period, and for creating an inspirational culture that cut employee turnover in half, doubled employee satisfaction, and was recognized as one of ten International Spirit at Work Award winners in the world in 2005.

Mr. Calvaruso also served as Performance Acceleration Officer at Presbyterian Healthcare Services in Albuquerque, NM, where he led the process excellence cultural transformation resulting in improved clinical outcomes, patient safety, satisfaction, efficiency, and financial benefit. In that role, he also served as leader of the design of a $220+ million hospital campus that featured a separate Women’s Hospital and incorporated several evidence-based and Lean design concepts. At Presbyterian, the Vice Presidents for Information Services, Leadership Development/Learning Center and Baldrige also reported to Joe.

Joe began his career in healthcare planning and spent four years serving a variety of health care clients as a consultant for Peat Marwick in St. Louis, MO.

Mr. Calvaruso was selected and served as a National Examiner for the Malcolm Baldrige National Quality Award program.